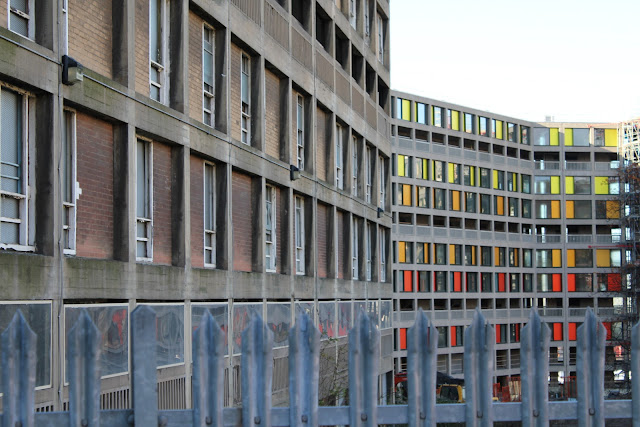 Park Hill is a council housing estate in Sheffield, South Yorkshire, England. The estate was constructed between 1957 and 1961. In 1998 the estate was granted Grade II* listed building status. Following a period of decline the estate is currently being renovated by the developers Urban Splash. It is the largest listed building in Europe.  On the right are the newly restored units.  On the left are the originals.

Park Hill was previously the site of back-to-back housing, a mixture of 2-3 storey tenement buildings, waste ground, quarries and steep alleways. It was colloquially known as "Little Chicago" in the 1930s, due to the violent crimes sometimes committed there. Clearance of the area began on the 1930s but was halted due to World War II.

Following the war it was decided that a radical scheme needed to be introduced to deal with rehousing the Park Hill community. To that end architects Jack Lynn and Ivor Smith began work in 1945 designing the Park Hill Flats. Inspired by Le Corbusier's Unité d'Habitation and the Smithsons' unbuilt schemes, most notably for Golden Lane in London, the deck access scheme, was viewed as revolutionary at the time. Construction is of an exposed concrete frame with yellow, orange and red brick curtain walling.  Parkhill was based on the Brutalist Architecture style, a style born in the 1950's and prospered through to the 1970's. Brutalism emerged on the back of the Modernist Architecture movement, which comprised of simple form, leaving behind the ornate features of pre modernist building design 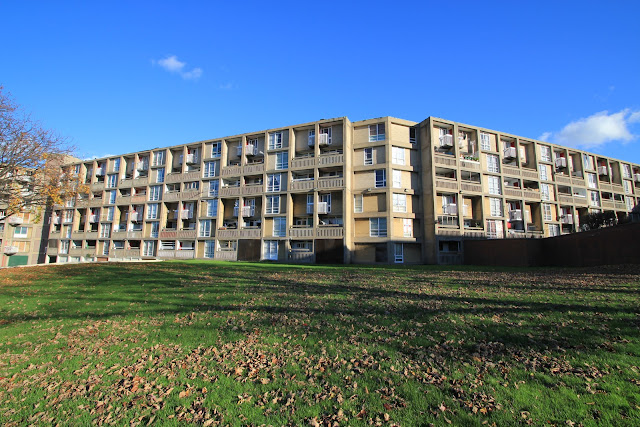 The concept of the flats was described as streets in the sky. Broad decks, wide enough for milk floats, had large numbers of front doors opening onto them. Each deck of the structure, except the top one, has direct access to ground level at some point on the sloping site. The site also allows the roofline to remain level despite the building varying between four and thirteen stories in height. The scheme also incorporates a shopping precinct and a primary school.

While the harsh aesthetics of Brutalism may not appeal to our post-modern sensibility, for the poor families of the slums, a community like Park Hill would have been a huge step up.  Sanitary, orderly, and open being its key benefits.  As I walked through this complex of hundreds of abandoned flats, I got kind of spooked out.  It felt really eerie, almost like a post-apocalyptic ghost town.  I thought I heard a crying baby in the distance and I felt like I was being watched from the shadows. 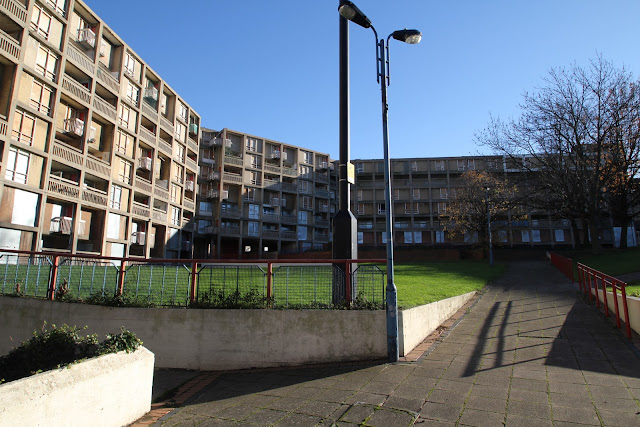 For some reason, I think that landscape is the problem, and perhaps more violence took place here even before the woes of "Little Chicago".  For this reason, I find it hard to believe that the restoration of this place will have any long term commercial success.  There are, however, neo-goths and that ilk who may find some appeal in the demonic presence that seems to linger here.  As I walked towards my vehicle, I saw a hooded figure who seemed to come out of nowhere who was rapidly approaching me from behind.  This is one of the few situations I have had in the UK where I actually got paranoid for my security.  I quickly jumped in my car and took off without even putting on my seatbelt!  I am being totally serious.  You couldn't pay me to live in this place.  It definitely has a satanic aura.
at November 14, 2010
Newer Post Older Post Home

Milan  Cathedral   is the  cathedral  of the  archdiocese of Milan  .  Symbol of  the Lombard capital  , and located in the  homonymous squa... 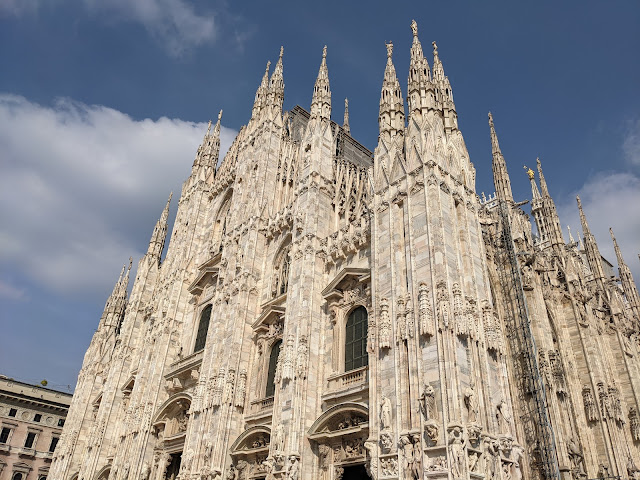